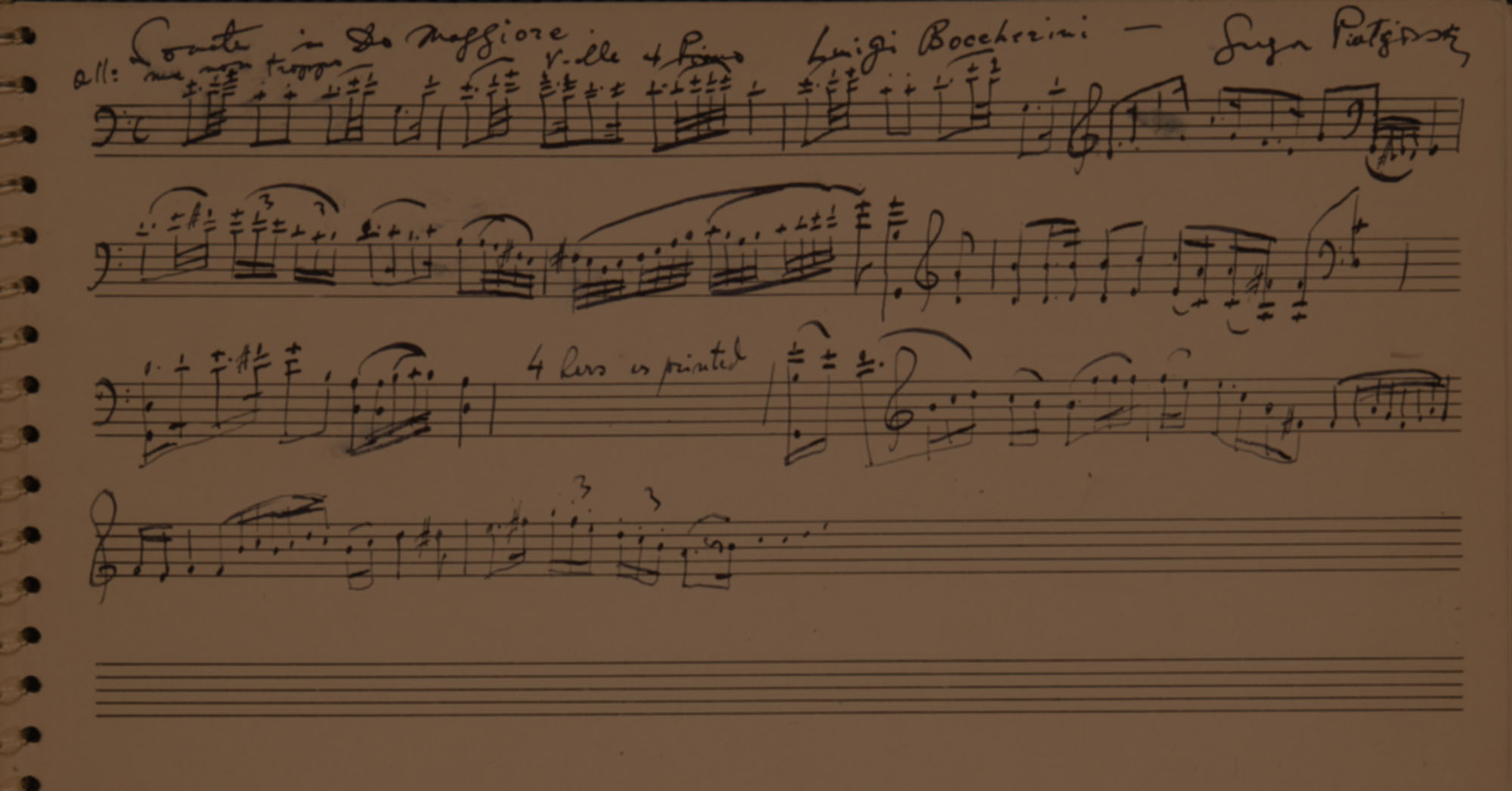 Posted at 11 May, 21:03h in correspondence by PA-admin 0 Comments
Share 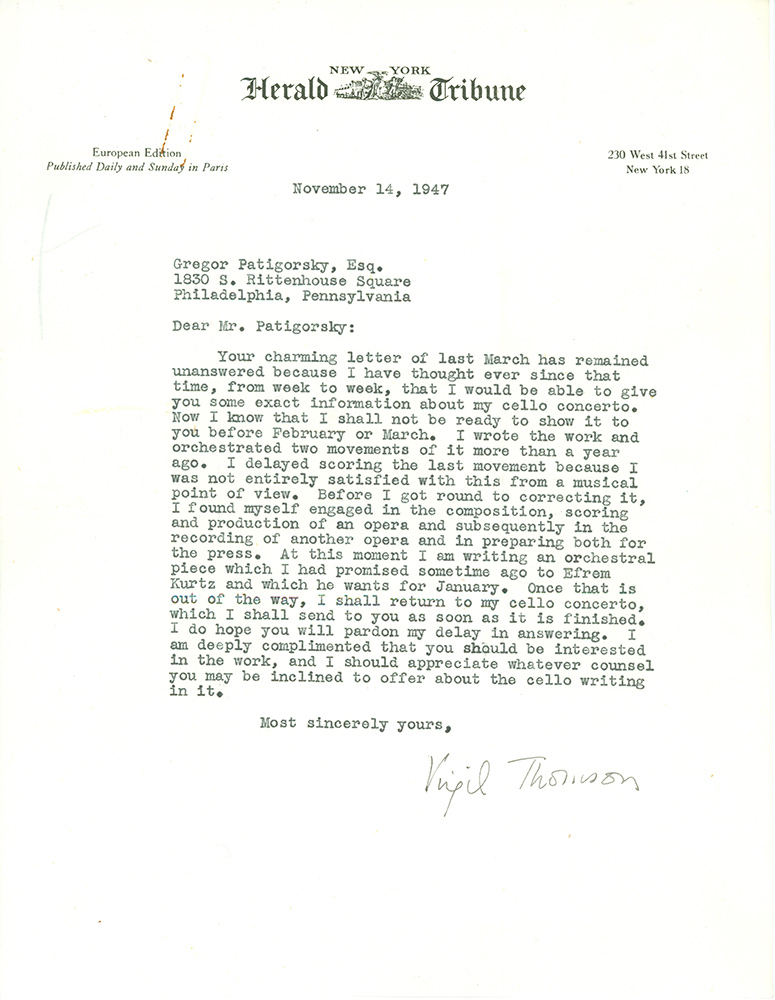 Your charming letter of last March has remained
unanswered because I have thought ever since that
time, from week to week, that I would be able to give
you some exact information about my cello concerto.
Now I know that I shall not be ready to show it to
you before February or March. I wrote the work and
orchestrated two movements of it more than a year
ago. I delayed scoring the last movement because I
was not entirely satisfied with this from a musical
point of view. Before I got round to correcting it,
I found myself engaged in the composition, scoring
and production of an opera and subsequently in the
recording of another opera and in preparing both for
the press. At this moment I am writing an orchestral
piece which I had promised sometime ago to Efrem
Kurtz and which he wants for January. Once that is
out of the way, I shall return to my cello concerto,
which I shall send to you as soon as it is finished.
I do hope you will pardon my delay in answering. I
am deeply complimented that you should be interested
in the work, and I should appreciate whatever counsel
you may be inclined to offer about the cello writing
in it.

Most sincerely yours,
Virgil Thomson